Chheang Un: The Power of Character

Since starting with Malis seven years ago, Chheang Un has moved on to Khéma Angkor where his positive charm and force of character have made him a firm favourite among our guests.

With a deft move, Chheang Un picks up a bottle and pretends to throw it in the air, following its imaginary spinning trajectory with his eyes before catching it with his other hand. “I discovered flair bartending when I was just starting my career as a bartender. I was immediately seduced by this art, which is more than just a show. The bartender has to interact with the consumer, to give them something more than a glass of what they wish to drink. Juggling, if done correctly, is a bit like a magic trick. You only have to look at the sparkling eyes of the customers and their smiles to realise how effective it is.”

It’s true you’ll find him spinning bottles from time to time, but his real purpose is putting all his experience into a career path defined by his favourite phrase: “Nothing’s impossible”.

Wearing an impeccable shirt topped with his customary blazer, cravat tied around his neck, Chheang Un had finished service when he sat down with us on a thick grey sofa at Khéma. He has a lively and mischievous look, despite the mask covering the lower half of his face which he’ll only remove for his photograph to be taken. “These precautions are important for everyone,” he said. “Not only wearing a mask, but also hand cleaning and temperature checking. This way we are still protecting our clients, but also the employees who come here every day.”

Turning the page on the past

Chheang’s life has often been difficult, but he says he has always been optimistic, even when he lived in a crowded orphanage with more than 150 children. Yet there is no trace of self-pity about him when he recounts his memories, insisting rather on the friendship that still connects him with his childhood friends from the orphanage. “Most of us ended up in hospitality or tourism. When I was asked to do the same, I immediately said ‘yes’, even though my dream was to become an English teacher.”

br>
“But you can’t turn down the chance to train at Paul Dubrule! I was 19 years old at the time, half of which I’d spent at the orphanage. It was time for me to make a new start. The first few weeks were very difficult: getting up at 6 in the morning, an hour to get there by bicycle, classes until 5pm and then homework to do at home. But I quickly fell in love with the subjects I was learning, and with the jobs that they offered.

“What could be more comforting than doing a job you love?”

After graduating, Chheang immediately found work as a barman at the Hard Rock Café in Siem Reap. There he discovered a passion that has never left him. “I learned to juggle bottles by watching videos and following the forums dedicated to flair bartending. I progressed to representing the Hard Rock Café at an international competition in Bangkok, and soon afterwards an opportunity came up to run the bar at Malis.

“So, after spending some time learning the ropes, I became responsible for this part of the restaurant. It was up to me to manage the liqueurs, take inventory, supervise the staff and engage with the customers. And I still juggle for some festive occasions. After two years at Malis, I heard about the project to open a Khéma in the temple city. I was eager to learn new things, but also curious about French cuisine which had always intrigued me. I applied and, as soon as the restaurant opened, I was appointed team leader.”

Becoming an orchestral leader
Three years on, Chheang is proud of the experience he has gained. “One of Khéma’s principles is to give the staff as much autonomy as possible. To do this, we have to be able to take part in all of the tasks that we can within the restaurant, no matter what position we hold. Just because I’m a team leader, it doesn’t mean I can’t handle the cash register, serve customers, clean up… If this is all a bit confusing at first, you quickly get the hang of it and it’s very instructive. So much so that I know I will be able to run my own establishment one day. That’s what I’d love to do, by opening a pub for example, or a café.

With a laugh, Chheang reveals a part of his personality, that of the gourmet. After praising the different types of coffee grown in Cambodia, it is French cuisine that draws his praise. “Working at Khéma has allowed me to discover a whole range of specialities, though my favourite without a doubt is the Steak Café de Paris, and its incredible sauce. The charcuterie is wonderful too, and then, above all, the cheeses. It took me a few months to appreciate them, as they are so surprising and unusual for the Cambodian palate. The fresh cheeses were a good entry point, before daring to tackle the more robust flavours. Now I can hardly go without my little square of Brie!” 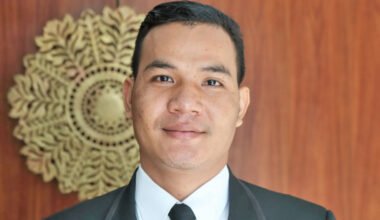 An Artisan /ˈɑːrtəzn/ (formal), (from French: artisan, Italian: artigiano) is a skilled craft worker who makes or creates…
0 Shares
0
0
Back to top